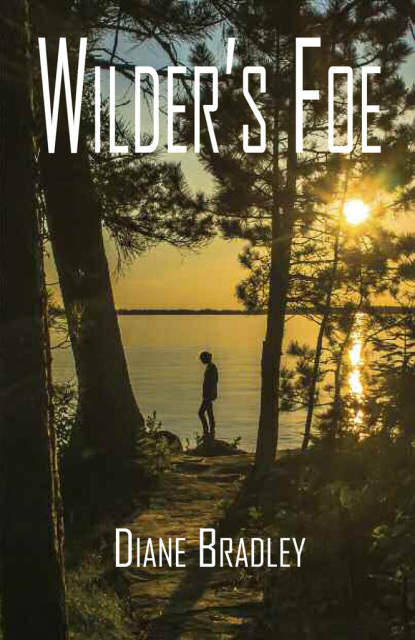 Description: Henry, Dylan, and Arla land the perfect summer job bringing supplies by boat to the cabins on Rainy Lake. Gold is still waiting to be discovered, but now they can fish and search for the River of Gold mine as they make their rounds. But exploring the islands turns dangerous. Someone is hiding a crime, and Henry, Dylan, and Arla can’t run fast enough.

About the Author: Diane Bradley grew up in the northern woods on a farm by Two Harbors, Minnesota. A lot of her childhood was spent fishing, horseback riding, and tromping through the woods. She received degrees from the University of Minnesota and Indiana University South Bend and retired from teaching to write children’s books. Her debut book Wilder’s Edge, North Star Press, was published in June 2013, a mystery adventure on Rainy Lake in northern Minnesota. Her characters, Henry and Dylan Wilder, and their friend Arla, are still hunting for gold in Wilder’s Foe. Diane now lives in the woods not so far north in Michiana along with her husband and two rescue dogs, Freya and Odin. She still loves to fish and has added kayaking on Rainy Lake to her list of favorite things. Visit her at dianebradleywriter.com.
Awards:
Honorable mention, 2014 Northeastern Minnesota Book Awards, children's literature category.