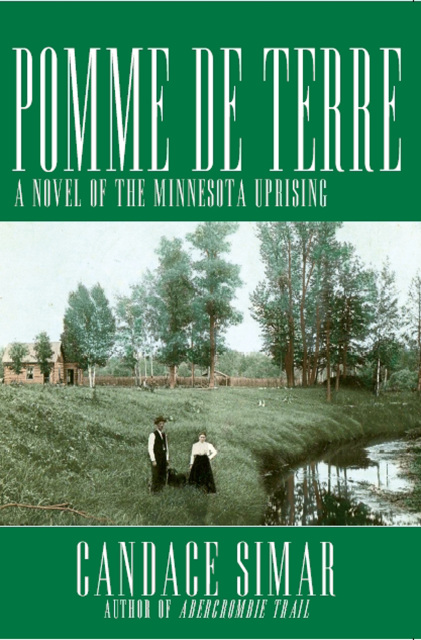 Description:
1862 was a tumultuous year in Minnesota history. The youngest state in the Union, Minnesota was one of the first to send men to fight in the Civil War. With the men gone, women and children were left to fend for themselves. The Civil War drained soldiers formerly stationed in Minnesota military outposts leaving the state undermanned and unprotected. Budget woes related to war expenses caused treaty payments to be very late. Indian Agents at the Lower Sioux Agency refused to hand out needed supplies until the gold arrived. The Sioux were starving. The result was the Sioux Uprising of 1862, the largest Indian war in U.S. history.  Because it happened between the bloody battles of Shiloh and Antietam, it was largely unknown.  Its effects on Minnesota and the Sioux Nation still reverberate today.

Abercrombie Trail, the first book in the series, tells the story of Scandinavian immigrants caught up in the clash of cultures.  Although the government declared the uprising over in the fall of 1862, Pomme de Terre tells the story of settlers living in the western part of the state where raids continued through the following year.
Review: “I read Pomme de Terre with the greatest interest and enjoyment.  It’s a very vivid telling of this tragic American story. I’ve long been wanting something in fiction about the Great Sioux Uprising, and this book is the best I’ve seen.” –Larry McMurty, Pulitzer Prize winning author of Lonesome Dove, Academy Award Co-Winner with Diana Ossana for the screenplay Brokeback Mountain
About the Author: Candace Simar is a poet and writer from Pequot Lakes, Minnesota. As a lifelong Minnesotan and the grandchild of Scandinavian immigrants, Candace enjoys a ­passion for Minnesota history and how things might have been. Visit her website at www.candacesimar.com
Add to Cart