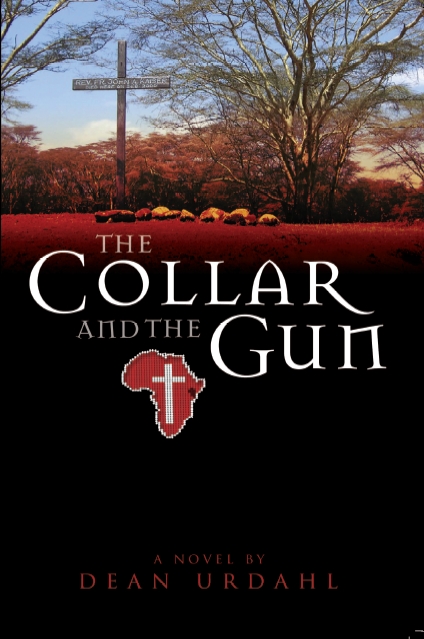 The Collar and the Gun

SKU:
$14.95
$14.95
Unavailable
per item
Author: Dean Urdahl
Description:
Red dust mixed with soggy air as it drifted through the open window of a battered white Toyota pickup on that late August night in Kenya. Twin white beams from the vehicle’s headlights sliced into the inky darkness.
The sole occupant of the truck tugged at the brace which cushioned his neck from the bumps and crevices of the roadway that had evolved from eons of travel. Like many in Kenya, it was but a wagon trail which had rutted over and filled with rocks through the years.
The man peered intently into the darkness, praying to spot the object of his search, desperately hoping that what had brought him onto this desolate road between Nairobi and Naivasha would appear.
He clutched the steering wheel with the anxiety of a man losing his grip and fearing what might lie ahead. He reached over to the passenger seat and sought comfort in the rosary beads resting next to a mass kit. Then he looked to the floor, where another form of comfort lay. Illuminated by the dim greenish glow from the dashboard was a 12-gauge shotgun. Like its owner it was used, old and broken in places. The splintered stock was held together by a strip of black rubber.
Father John Anthony Kaiser reached down and patted the chipped stock gently. “You’ve been a good friend and served me well,” he murmured. “I fear we both may be reaching the end of our road.”
About the Author: Dean Urdahl taught American His­tory for thirty-five years at New London-Spicer Middle School in New London, Minnesota. In 2002, he was elected as a member of the Min­nesota State House of Repre­sen­ta­tives.Dean resides with his wife and editor, Karen, near Grove City, Minnesota.
Add to Cart