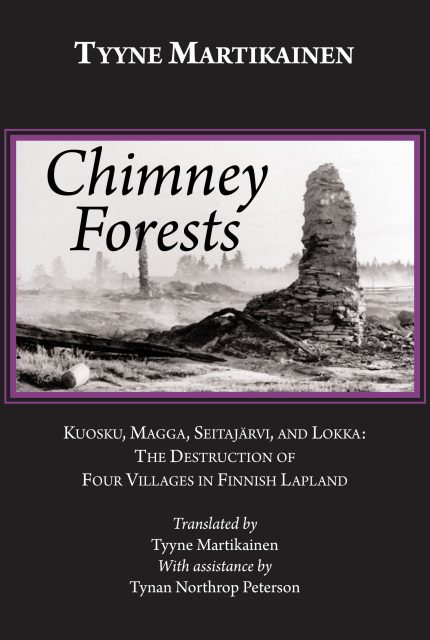 SKU:
$14.95
$9.95
$9.95
Unavailable
per item
Translated by: Tyyne Martikainen
With assistance by: Tynan Northrop Peterson
Description:
In this book, Tyyne Martikainen describes the covert partisan war ­activities that took place during the Continuation War between the ­Soviet Union and Finland (1941–1944). The partisans destroyed small villages and isolated homes near the border, which were of no military importance.
Martikainen was ten years old when the Russian partisans ­attacked her home village. For this book, first published in Finnish in 1998, she has interviewed fellow villagers in the remote regions of Eastern Lap­land and documented their experiences for future generations. This book also has interesting cultural and historical dimensions. The author loves the landscape of her childhood and the memories of living in her home village stretch from the time before the war to the present day.
This book is dedicated to the mothers living amidst war. Its central message is in defense of civilians’ human rights and of peace.

“These assaults were aimed at Finnish civilians: mothers, children, and the elderly—evidence of the same inhumane cruelties of war that have occurred in Rwanda, Somalia, Palestine, Colombia, and Bosnia.”
–Elisabeth Rehn, Former Minister of Defence, Former UN Under-Secretary-General
Add to Cart