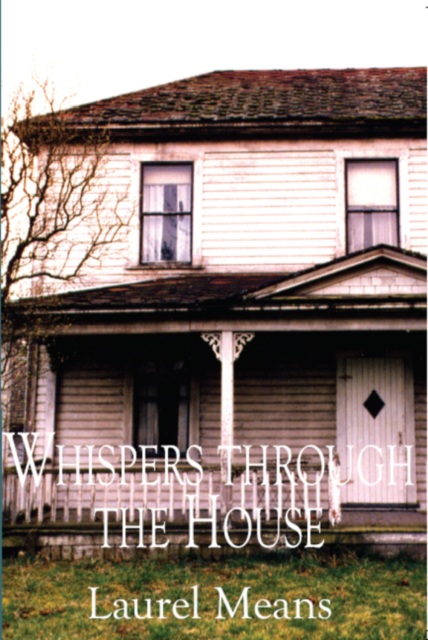 Whispers through the House

SKU:
$14.95
$9.95
$9.95
Unavailable
per item
Author: Laurel Means
Description: A sequel to The Long Journey Home, which introduced Henry and Agnes Morton in their quest for survival in the post-civil war prairies of middle America, The Joanna Catherine Scott award-winning Whispers Through the House follows events eight years later, 1875. In this novel, Agnes’ sister, Lucette, must find her own way as Lucy Dubois, a recent widow with four young children. Dependency upon Noel Dubois, her brother-in-law, becomes increasingly difficult. She is forced to make choices separating her from the homestead so long a vital part of her life and from the one man she could love.
Reviews:
“In Whispers through the House Laurel Means vividly and convincingly captures the trials and triumphs of the early settlers in an intricately woven story. Her intimate knowledge of the area, her meticulous research, and her skillful writing, all contribute to the success of this thoroughly engrossing novel.”
– Dr. Kathy Garay, Professor and Senior Researcher, Arts and Science Program, McMaster University, Canada

“Means’ is a voice crying in the American Wilderness, begging us to understand the hardships and choices of our ancestors. C’est magnifique.”
–Angela Hunt, Author, Carver County Public Librarian.

“An exceptionally well-told and absorbing story, from the first moment placing the reader inside the skin of the central character, within a strongly realized setting of scenes, objects, and daily tasks. Seasons and crises move this heroine on to unexpected discoveries and decisions, bringing her from the darkness of the opening scene to the threshold of a future full equally of challenge and promise.”
– Jay Macpherson, Critic, Researcher, Author of The Boatman and other works.

“Laurel Means offers further evidence that she is one of those rarest of historical novelists—one who has absolute mastery over the facts and realities of an era without ever allowing those details to burden or hinder the rich tapestry of a story woven by her fully realized characters. Here we find out what became of Henry and Agnes Morton (Long Journey Home) through the story of Agnes’ eldest sister, Lucy. We meet people with the grit and tenderness demanded by an often relentless poverty imposed by the brutal yet beautiful land from which they work to create their home. In listening to her heart as well as the voices of the fierce women whose legacies preceded her, Lucy not ony survives heartbreak and betrayals,but transcends them, to realize the best gift of all—a fully realized life.”
– Susan Thurston, Author, Reviewer for the Star Tribune

About the author: Laurel Means finds her inspiration in the stories and imagery of the Minnesota prairies and her own French-Canadian background. A former professor of writing, literature, and linguistics, her enthusiasm for writing is reflected in her skillful use of language and in-depth characters who shape a tightly- woven plot. This is her fourth novel. She lives in Chaska, Minnesota, with her extended family.
Add to Cart
Proudly powered by Weebly