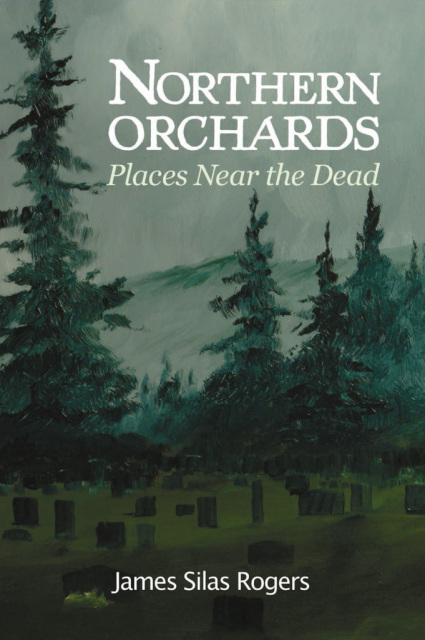 Northern Orchards: Places Near the Dead

Description: A thought-provoking collection of essays and poems that explore memory, the meaning of place, and sacred space.

"With his acute eye and meditative voice, Rogers gives us a tour not of death but of living history in his visits to graveyards. These closely considered cities of the dead contain deep reservoirs of lyricism in their ignored beauty, and Rogers is a winning, graceful guide to their secrets and meaning." —Patricia Hampl, memoirist and author of I Could Tell You Stories: Sojourns in the Land of Memory

"What Rogers calls 'a sensation of connectedness and transcendence' is a sensation harder and harder to come by in an America devoted to sprawl and growing rapidly and perilously away from any sacramental sense of place, any sacral awareness of human experience. Equally reverent and wry, these moving pieces remind us of the soul-enlarging powers of remembrance." —Daniel Tobin, poet, author, of Belated Heavens

"James Silas Rogers writes with a feeling for deep time, calling to mind the spirit of Joseph Mitchell's essays. 'Marble orchards'—cemeteries—have a claim on his heart. After reading these evocative essays, they'll have a claim on you, too. I'm ready to travel with Rogers anywhere his curiosity leads him." —Howard Mansfield, author of In the Memory House

About the Author: James Silas Rogers is a Minnesota-based essayist and poet. He is the author of the chapbook Sundogs (2006), and his poems have appeared in many journals and on Garrison Keillor's "Writers Almanac." His creative nonfiction has appeared in New Letters, Notre Dame Magazine, Ruminate, and elsewhere; he has been listed as a "notable" in Best American Essays. Rogers edits New Hibernia Review, an Irish Studies quarterly published by the University of St. Thomas.
Awards:
Finalist, 2014 Minnesota Book Awards