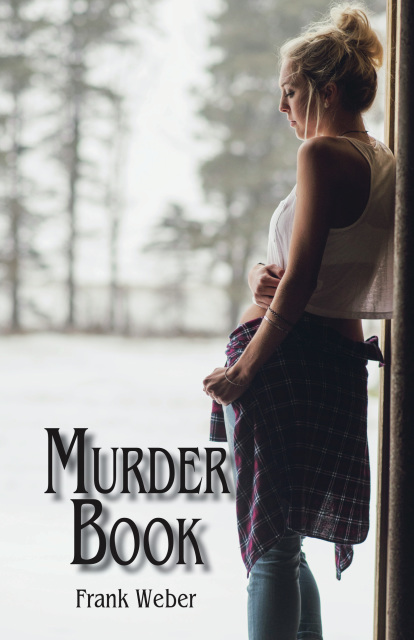 murder book (n): a new term for a cold case where a homicide is suspected.

Jon Frederick spent his adolescence protecting his mentally ill brother and worrying about his parents' farm as it headed toward bankruptcy. So when Mandy Baker, the alluring new girl in town, pursued him, he was easily enamored. But on the day he ended their tryst, Mandy vanished. There is no doubt in the small Minnesota town of Pierz that the flirtatious girl is dead, and there is little doubt that Jon got away with murder.

A decade later, Jon is made an investigator with the Bureau of Criminal Apprehension. While investigating a case near his hometown, Jon quietly reopens the murder book on Mandy Baker and begins to see commonalities between Mandy's disappearance and his new case. Digging up the past raises intriguing possibilities with an old friend, Serena Bell—but also forces them to work through old betrayals. As the investigation intensifies, Jon realizes he has crossed paths with the killer before.

About the Author: Frank Weber is a forensic psychologist who has completed assessments for homicide, sexual assault, and physical assault cases. He has received the President's award from the Minnesota Correctional Association for his forensic work. Frank has presented at state and national psychological conventions and teaches college courses in psychology and social problems. Raised in the small rural community of Pierz, Minnesota, Frank is one of ten children (yes, Catholic), named in alphabetical order. Despite the hand-me-downs, hard work, and excessive consumption of potatoes (because they were cheap), there was always music and humor. Frank has been blessed to share his life with his wife, Brenda, since they were teenagers.