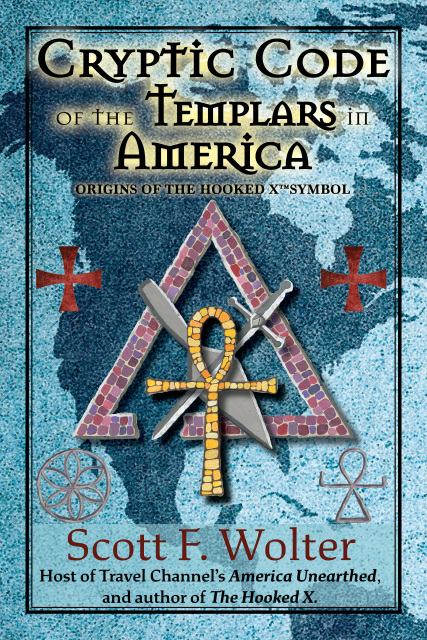 Cryptic Code of the Templars in America

Third in the Hooked X series, this book explores new scientific findings and recently discovered documents that show a vastly different story of North American history than the current narrative. The revelations in the Cryptic Code are sure to generate new discussion around the medieval Knights Templar, their role in the European exploration of North America, and of the origins of the Hooked X. In Wolter's continued pursuit to understand and authenticate the Kensington Rune Stone, found in Minnesota in 1898, and the important role the Knights Templar had within history, he uncovers the layers of cryptic code that authenticates the Rune Stone once and for all.

Preorders will be shipped once the book is released in September.