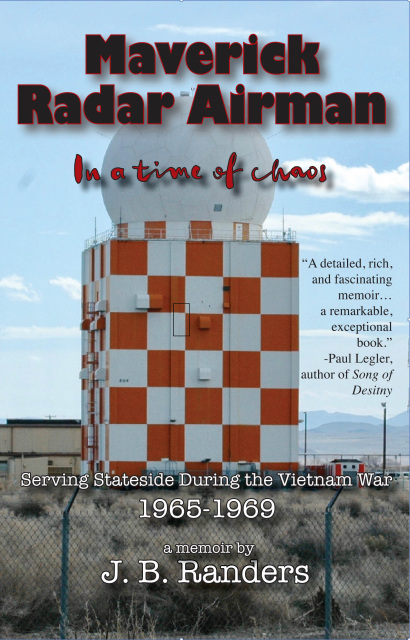 Maverick Radar Airman chronicles author J.B. (Jim) Randers’ journey through the tumultuous 1960s, a decade which certainly lived up to its theme song, “The Times They Are A-Changing.” Wars and assassinations were happening everywhere, but so were movements promoting civil rights, women’s rights, voting rights, and equal pay. Jim reflected the diversity of those fascinating days by being both a serious thinker and a bit of a “wild child,” a respecter of tradition and an enthusiast for what’s new, a pacifist and an activist. While much of the historical events of the 60s happened in the southern and western United States, where Jim was stationed, he was also up on the frozen tundra of Alaska serving his country through its Air Force. However, cold temperatures don’t freeze history. This book follows Jim’s progress through that very eventful time. His writing is strong but not too long, creative but not

imitative, relevant but not overly elegant. Enjoy as heshares his military odyssey!