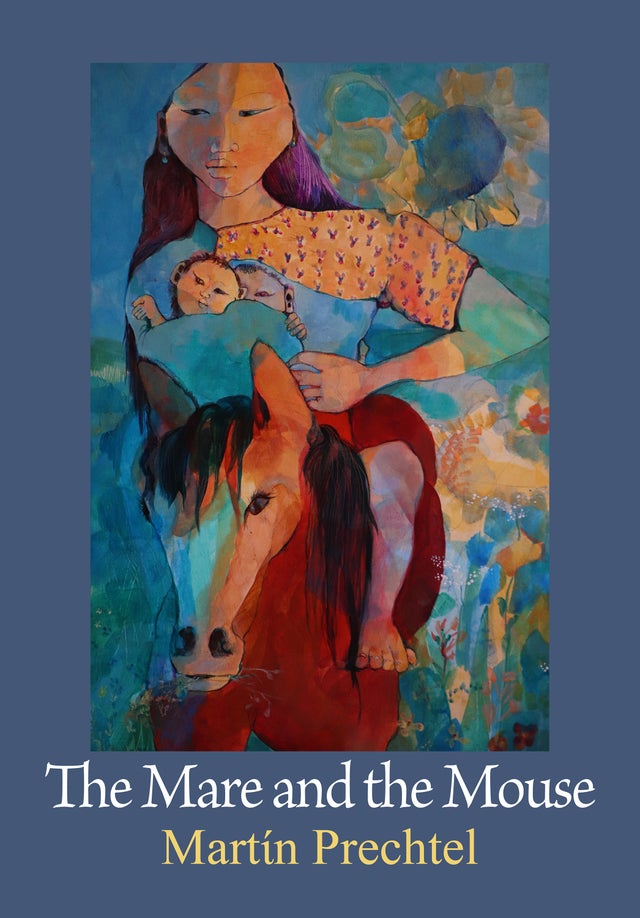 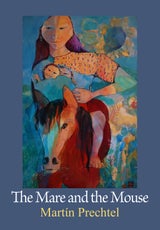 Beautiful and hilarious, tearful and rambunctious, very real, ironic and magic-filled, Martín Prechtel’s new book The Mare and the Mouse is a series of lyrical sagas in tribute to each of the native New Mexican horses that carried him through his youth on the reservation, and then again during the difficult times following his return home after over a decade in the Mayan Highlands of Guatemala.

Meant to be read aloud to crowds around campfires, especially to people who are mistaken that only rich people or rednecks ride horses, Prechtel credits both his own physical and spiritual survival in “modernity’s mad rush to nowhere” with the sanity of riding and living with his natural-born Southwestern horses. Not raised for show, performance, status, or money, these little horses allowed a way of living that took him flying over ravines into deep-mountain Holy places, backwards over streams, into churches—mounted—to win a bet by kissing antagonistic preachers on the pulpit, and in general keeping alive a sparkier, older spirit in an age where horses have been grossly de-natured and sadly removed from our own everyday lives after three millennia as the closest companions of our ancestors’ dreams and mythologies.

But, Prechtel says, he wrote this book “specially for people to be inspired to live magically and in depth with animals, and to give people to understand that it’s never too late to start living in a more tangible, dusty way—maybe even flying over the ground on the back of a big furry animal—in a way that inspires life. If you want to have good memory, you have to do things that are worth remembering. Time to get busy!”

“On the Res none of us were horse trainers and nobody I knew really whispered to their horses, some people yelled at them, but we did know that neither whispering nor yelling did much good, unless you could keep a peaceful image in your head that you wanted the horse to absorb into theirs. In any case what horses fear the most is human cowardice, so we had to have the courage to think a thought beyond what we wanted the horse to do, we had to think a thought a horse would think, which mostly has to do with looking really cool in a herd of other magnificent horses, then in a trance grazing beautiful, short wild grasses on the sides of magnificent, mica-covered, red ochre hills, and then being scared of nothing and running like hell to the next equivalent grazing heaven. If you could keep that in your heart, your knees, your hands, your eyes, keeping all the human noise out of your head, then whether you whispered or croaked like a toad, the horse would follow that thought to whatever you thought the two of you should do! Of course you had to be able to laugh at yourself if it didn’t work, because good horses also respect a person who is courageous enough to fail and who can laugh at himself for even thinking a horse should do a person’s will.”

--from The Mare and the Mouse