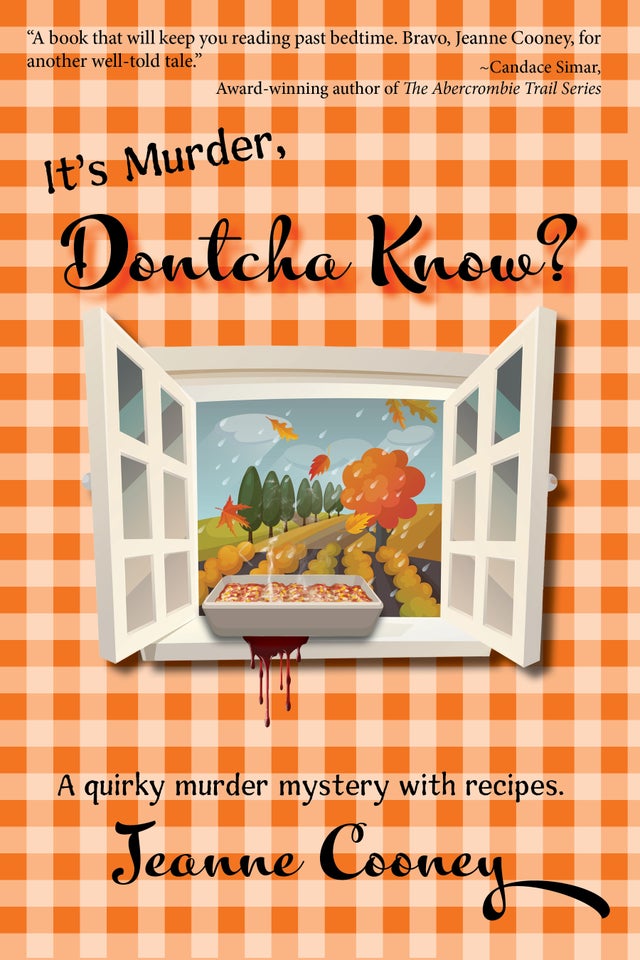 “A book that will keep you reading past bedtime. Bravo, Jeanne Cooney, for another well-told tale.”

-Charlie Johnson, Book Reviewer, Taking it up to Sixty

After a hard life on a farm in northwestern Minnesota’s Red River Valley, Doris Connor buries her philanderer husband and moves her century-old Sears and Roebuck farmhouse into the small Scandinavian community of Hallock, located on the edge of nowhere. She longs for a retirement heavy on solitude and serenity, but her plans are put on hold when her flamboyant sister and a ninety-year-old friend of the family move in. To further complicate matters, the local pharmacy is robbed, the suspect is murdered, and the sheriff believes Doris’s two adult children are complicit in the crimes. Doris realizes that a placid existence is possible only if she first proves her children’s innocence. But can she find the killer among the folks in Hallock? And if she does, will the sheriff, an old flame but a new headache, believe her?

“What makes the book so fun is Cooney’s ability to spit out phrases such as ‘uff da’ and dish out recipes such as Jell-O Salad and Tater-Tot Hot Dish faster than you can say, ‘Yah, you betcha.’”

“It’s another terrific and original mystery from the pen of Jeanne Cooney and once again documents her complete mastery of the genre.”

-Midwest Book Review on A Potluck of Murder and Recipes